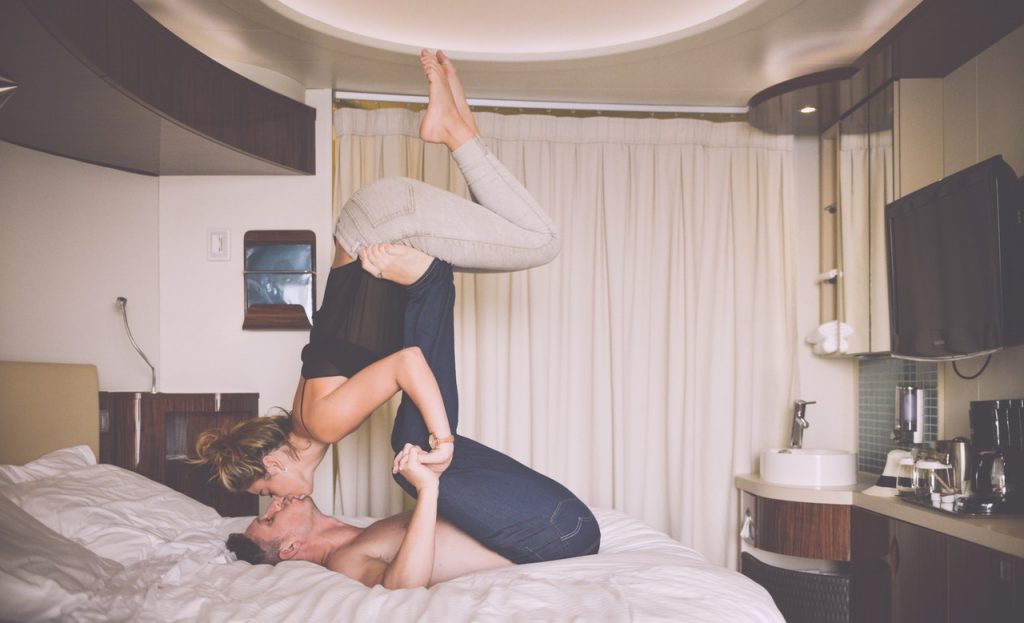 Five Signs That He Wants a Relationship – It is not a good advice for a girl to chase a guy, no matter how good they’d look together. So the best she can do is sit back and wait for the man to make the move. In some cases, men will take their time which can understandably be very frustrating.

But there is always a way you can tell if he is genuinely interested in pursuing something serious with you so that you don’t end up waiting your entire life for something that won’t happen. You can do that by simply observing his behavior towards you. So read more to figure out if he wants a relationship with you.

Has He Introduced You to His Family or Close Friends?

This is a great sign that he wants a relationship. Many times before a man initiates a serious relationship with you, he will first seek to find out what his family or friends think about you. So he will bring you along to family events or those ‘sacred friends only get together’ events. Has he done that with you yet? If he hasn’t, then he is not ready to leap into a relationship with you.

I mean, these are people who have known him for the most part of his life and they probably know what is good or bad for him from a mile away. And so if he hasn’t brought you closer to get to know them, you still have a way to go.

Has He let you in on His Life’s Vision?

One dead giveaway for a man who is seriously thinking of a future with you is when he shares his big vision with you without you even having to ask. Every man has a vision of where they want to be in the future, and if he sees you as part of that future, then he will definitely let you in on it.

Mostly, he will do this to see if you two share the same views in life which directly shows him that you are someone who can support him through his dreams. If you happen to agree with his big plans, then it’s only a matter of time before he takes you to the next level.

Does He Create Time For You?

He will intentionally want to be around you so that he gets to find out the things you like without ever having to ask. Sometimes it is because he wants to see how you would react in a certain situation and if it’s something he can handle as your man. Or it could be just that he misses you and wants to be around you. And all that is because he wants a shared life with you in the future.

Is He always asking Things about You?

We all have this image of the kind of person that we want to end up with. Sometimes, in order to find out if a woman is this person, a man will ask all that he can. If he keeps asking you questions about yourself then he is genuinely seeking to find out if you are the woman he has always wanted.

Mostly, he will want you to let him in on your family background, your past, dreams, failures, and about all that has shaped you as a person. All this helps him see if he can handle you as a person.

Does He seek Your Opinion on Important Things?

In most cases, a man either seeks the opinion of his mother or that of his closest friends and family, especially if it comes to very important life issues. So if you find a man who consistently asks for your opinion on things that are very critical to his life then there is a chance that he is trying to create some space for you in his life.

He is seriously thinking of a future with you and he needs to be sure that he is going to end up with someone who would give him some great advice on things he is struggling with.

Signs That He Wants a Relationship- The Bottom Line

Of course, this list is not exhaustive but it will give you some very key pointers to know whether you have some future with that man that you secretly like. He doesn’t need to have done all the things I have highlighted but if he has done at least three of them then you are making some good progress. All the best! [Read also “Does He Want a Relationship With Me Quiz“].

How to Make Him Chase You and Commit

How to Flirt With a Guy

How to Get Your Ex Boyfriend Back

How to Attract Man For Marriage

How to Get Him to Notice You

How a Woman Should Act on a First Date

How to Get Him Into a Relationship

Why Do Men Cheat On Women

Attraction Secretes Attraction Tips body language signs dating tips flirting get him to kiss you get him to open up getting a boyfriend infidelity love make him respect you talking with men what men want in a woman win your ex back
Loading Comments...
Comment
×
%d bloggers like this: